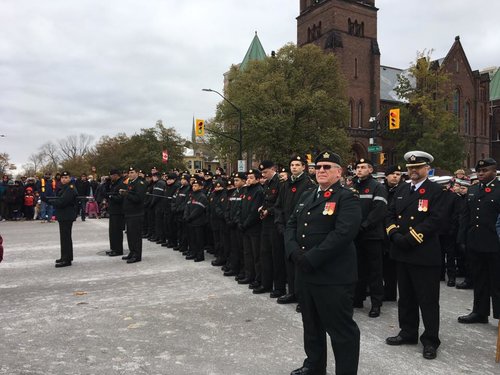 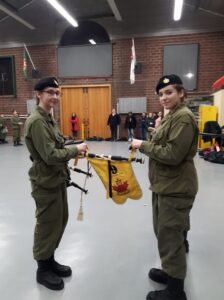 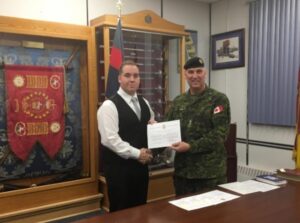 2Lt Foster chosen as the Top Officer by the Cadets of #9 for the 2016-2017 training year. Returning to present the award with Maj MacKinnon is previous Cadet RSM Buster Thiel. 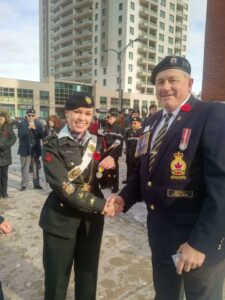 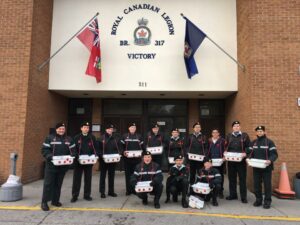