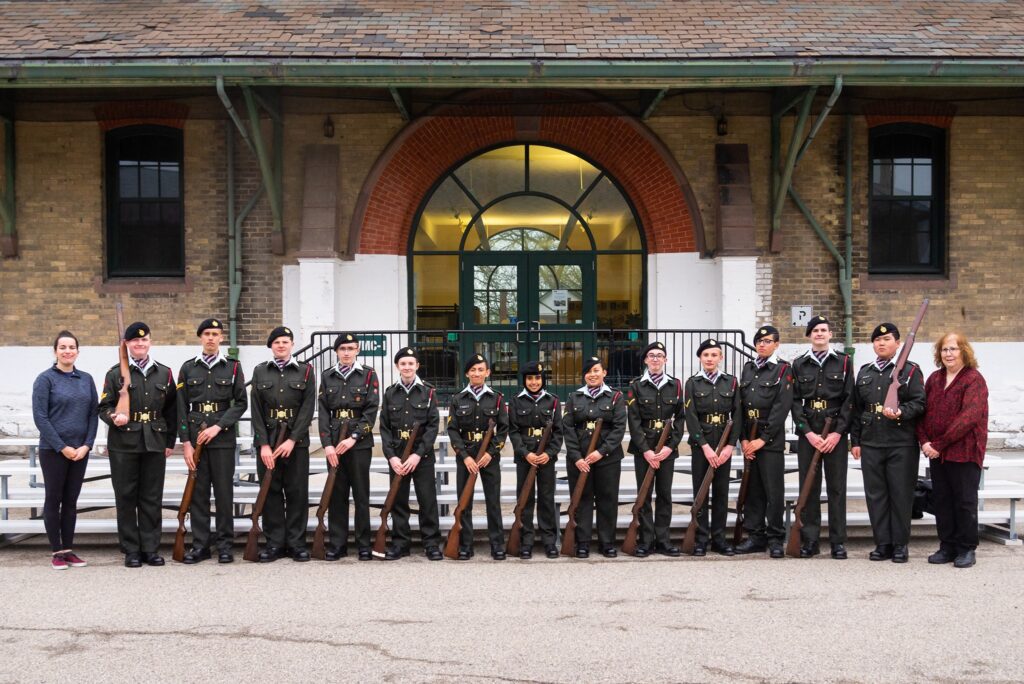 Drill is an exercise of precision, accuracy, and concentration. Professionalism is demanded from each team member. It sets a standard for individuals and the corps, and builds a sense of confidence and pride. Composed of cadets from various training levels they learn to present their drill routines as a team and entirely without verbal commands. The drill team works meticulously to have pristine drill combinations and dress. The drill team presents a five minute precision drill routine at various levels of competition, and at the yearly Annual Review.

Being a part of the rifle Drill Team also places you on the Honour Guard. This is an elite group of 15 cadets that represents the corps both on parade and at ceremonial events.

Team tryouts are held at the beginning of the training year in September. There are a limited 16 total positions on the team, but plans are projected to have both a junior and a senior drill team. Members selected for the senior drill team are based on the criteria of: